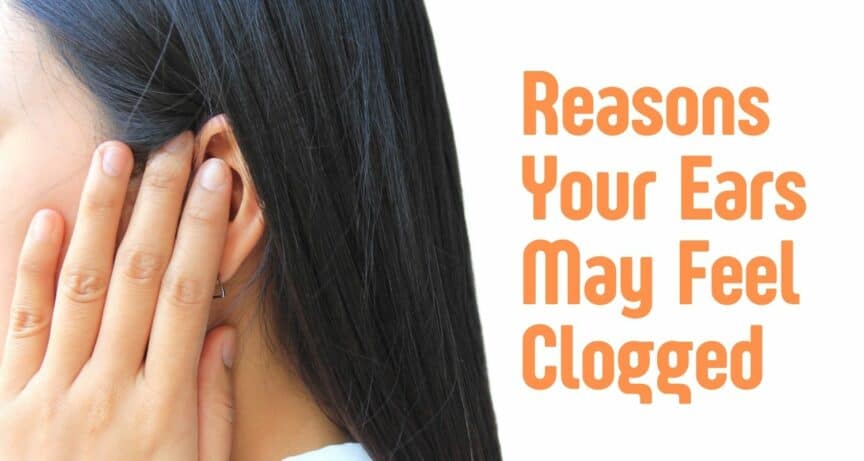 Feeling like your ears are clogged is an unpleasant experience. Clogged ears can make hearing challenging as speech sounds muffled and unclear. Feeling a sense of fullness in the ears is typically a symptom of an underlying health issue that needs to be addressed. There are effective ways to alleviate this symptom which depends on what exactly is causing it. Common causes and treatment options include the following:

Earwax typically migrates out of the ears on its own. It is propelled from the ear canal, by jaw movements that occur while we talk and eat, to the outer opening of the ear where it flakes off. This is why we usually don’t have to always clean our ears. But earwax can accumulate in the ear and this is known as impacted earwax. This can happen because the earwax itself has become hardened and less mobile or; some people produce more earwax than others. Ear infections, a narrowed ear canal, and autoimmune disorders can also contribute to impacted earwax. This can contribute to ear-related issues and symptoms, including feeling like the ears, are clogged.

Earwax can be safely removed by a healthcare provider who has specific instruments designed to enter and examine the ears. It is important to avoid using cotton swabs at home which can push earwax further into the ears.

Inflammation of the sinuses can also cause the Eustachian tubes, in the middle ear, to swell.  The Eustachian tube is responsible for equalizing pressure within the ear so its inflammation can lead to the feeling that ears are clogged. Fortunately, sinus infections are typically temporary and clear on their own. People often take over-the-counter medications to alleviate sinus pressure and other symptoms.

If your ears have felt clogged, it could be helpful to have your ears comprehensively examined. Call us to schedule an appointment today.